HMS Pinafore and The Magic Knight

Summary of The Magic Knight Watch the video! 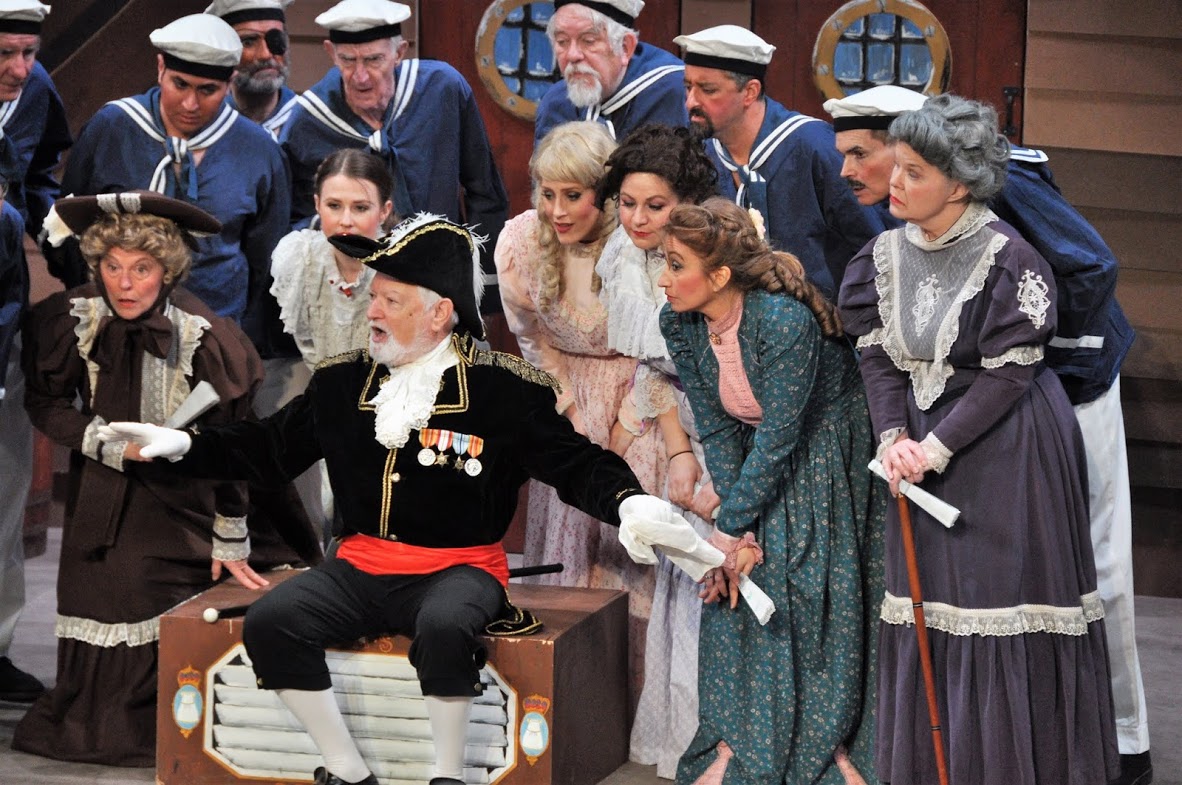 This opera (1878) is a satire of love among ranks and of incompetent politicians. Sir Joseph Porter, as First Lord of the Admiralty has never gone to sea, and obtained his political position by apple-polishing rather than innate ability. He is consciously modeled on W. H. Smith, the bookstore magnate, who was the real First Lord of the Admiralty at the time, even though he had no naval experience at all. Smith was called “Pinafore Smith” for the rest of his life.

As the story opens the crew of the HMS Pinafore is happily singing and salutes their popular, democratic captain. The seaside vendor, Little Buttercup comes on board selling food and trinkets and when the young hero Ralph Rackstraw appears, she indicates that there is a secret behind him that only she knows. Sir Joseph arrives with his retinue of sisters, cousins and aunts and tells of how he rose to the rank of First Lord by polishing the handle of the big front door of his attorney’s firm. The Captain has promised his beautiful daughter Josephine to Sir Joseph, but Josephine secretly loves Ralph Rackstraw, a lowly sailor. Josephine tells Ralph he should refrain from loving her because of the disparity of their ranks, while to the side exclaiming how much she actually loves him. Ralph tells his messmates he has been rejected, and threatens to end it all, but at the last moment Josephine enters declaring her love. They plan to sneak off to be married, but ugly Dick Deadeye warns that it will never work because and he is a lowly tar and she is a Captain’s daughter. However, the chorus thrusts him away and the first act ends happily with a series of rousing choruses as they sing of their plans.

In the second act, the Captain sings of the changes taking place.  Sir Joseph tells the Captain that Josephine shouldn’t be so reticent to be attracted to him, since it is official policy that love levels all ranks and they sing the rousing Bell Trio. Deadeye warns the Captain of the impending elopement and the Captain catches them as they are sneaking away, uttering an injudicious expletive that shocks everyone. Sir Joseph in hearing of Ralph’s intent banishes him to the dungeon. But then Buttercup reveals her dark secret that changes everything and all ends happily. 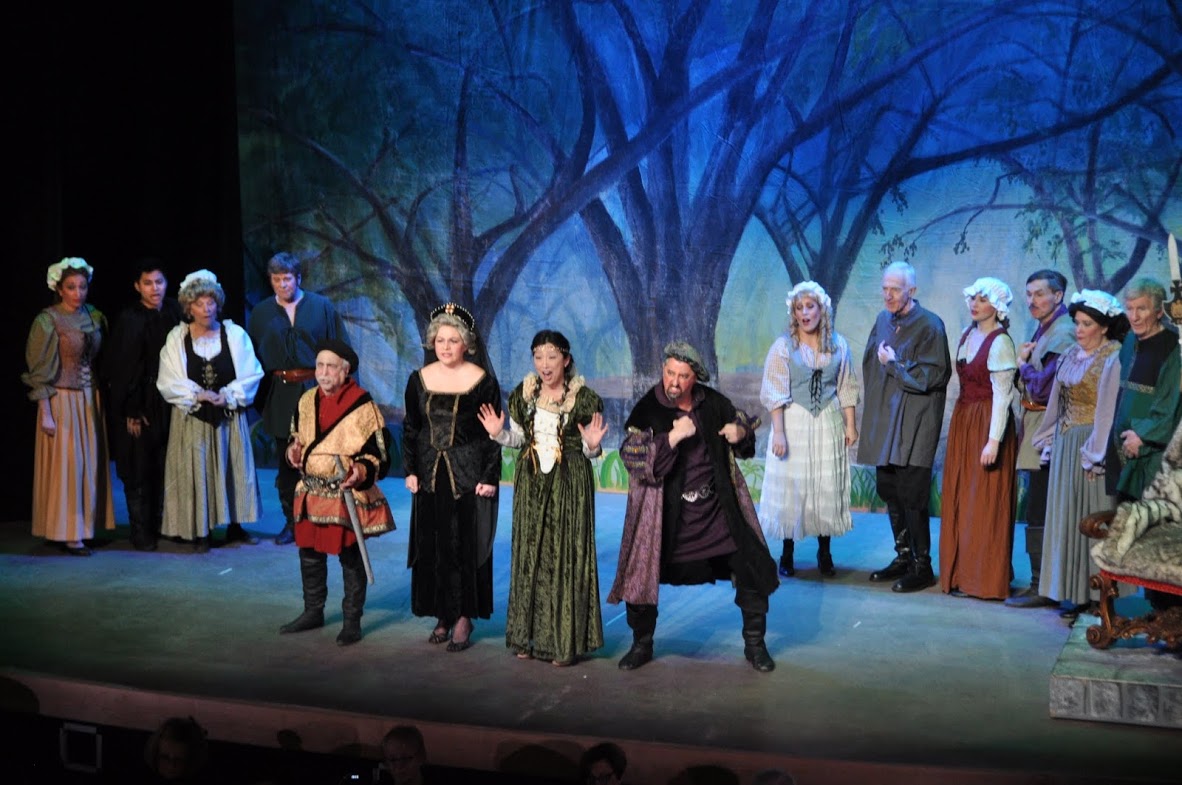 Godfrey has disappeared, and Elsa is accused before the King of made away with little Godfrey, and is about to be condemned when, as a last resource, she demands to have the Herald ask for some knight errant to appear and champion her couse against her uncle.

Lohengrin appears, sailing down the river on  boat drawn by a swan, and in answer to Elsa’s appeal fighs and defeta Frederick, whereupon Ortrud fonfesses that she used her magic arts to change Godrey into a swan, and Lohengrin, being something of a magician himself, shanges him back again and returns to Fairyland.

Cast of The Magic Knight