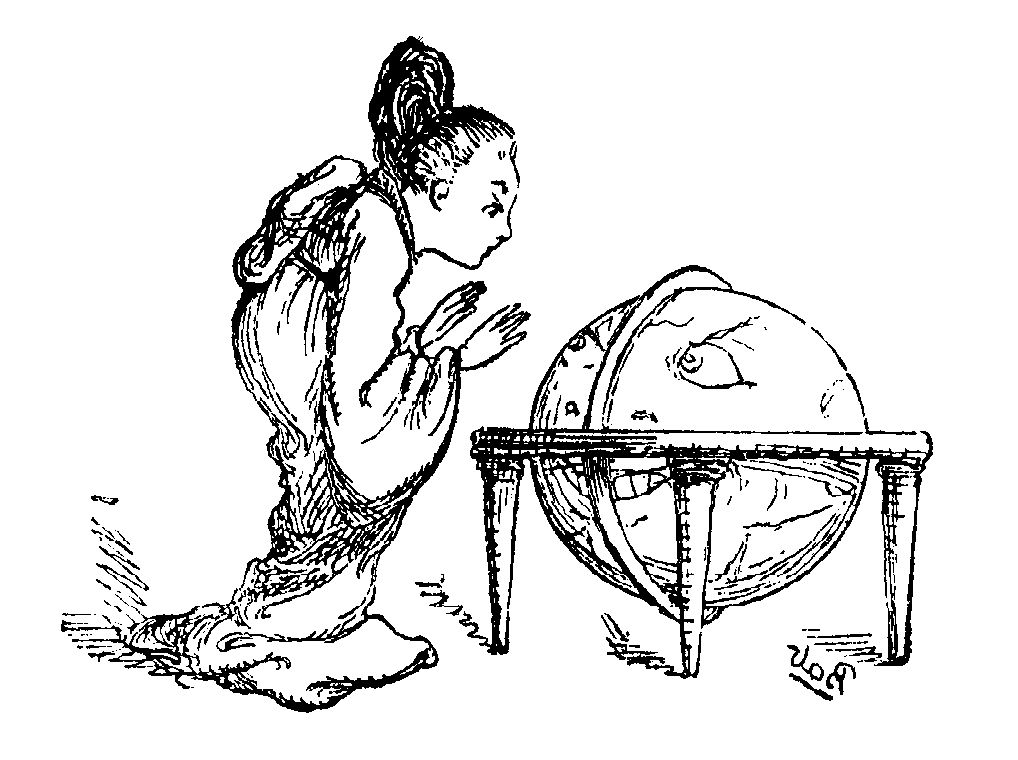 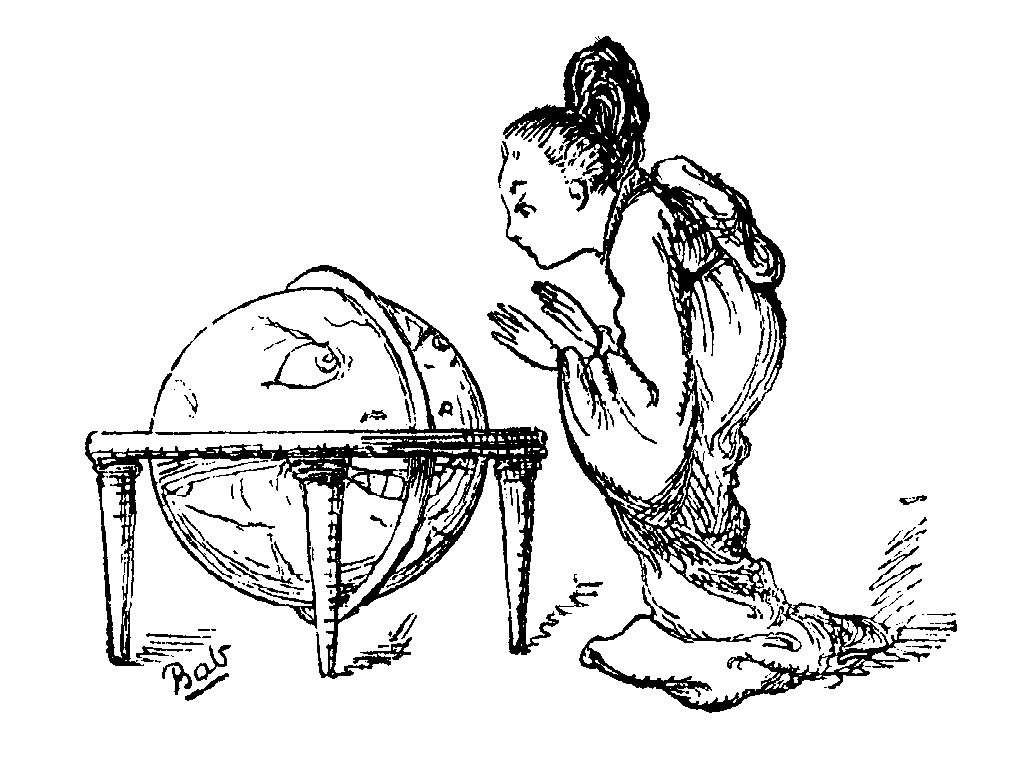 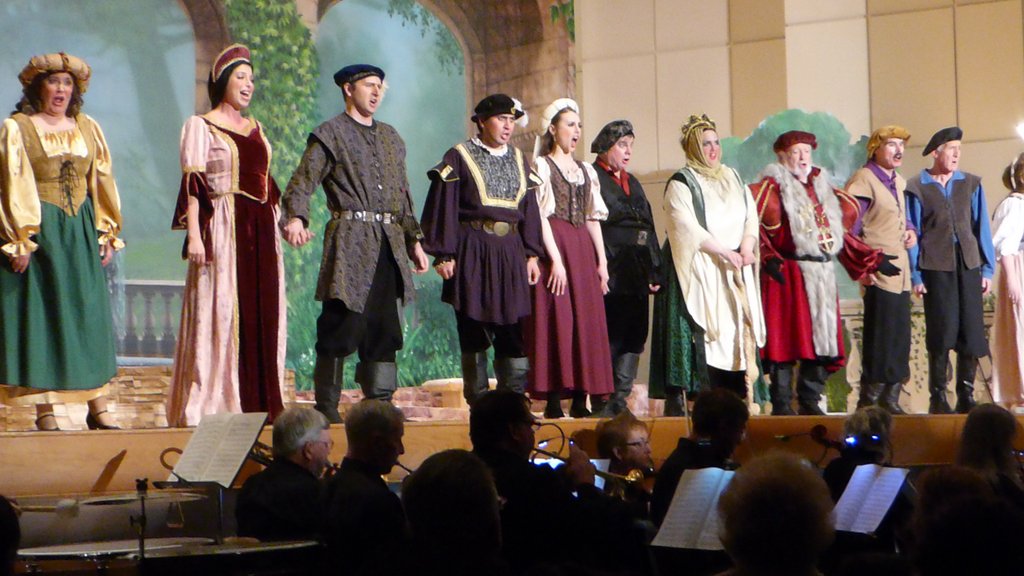 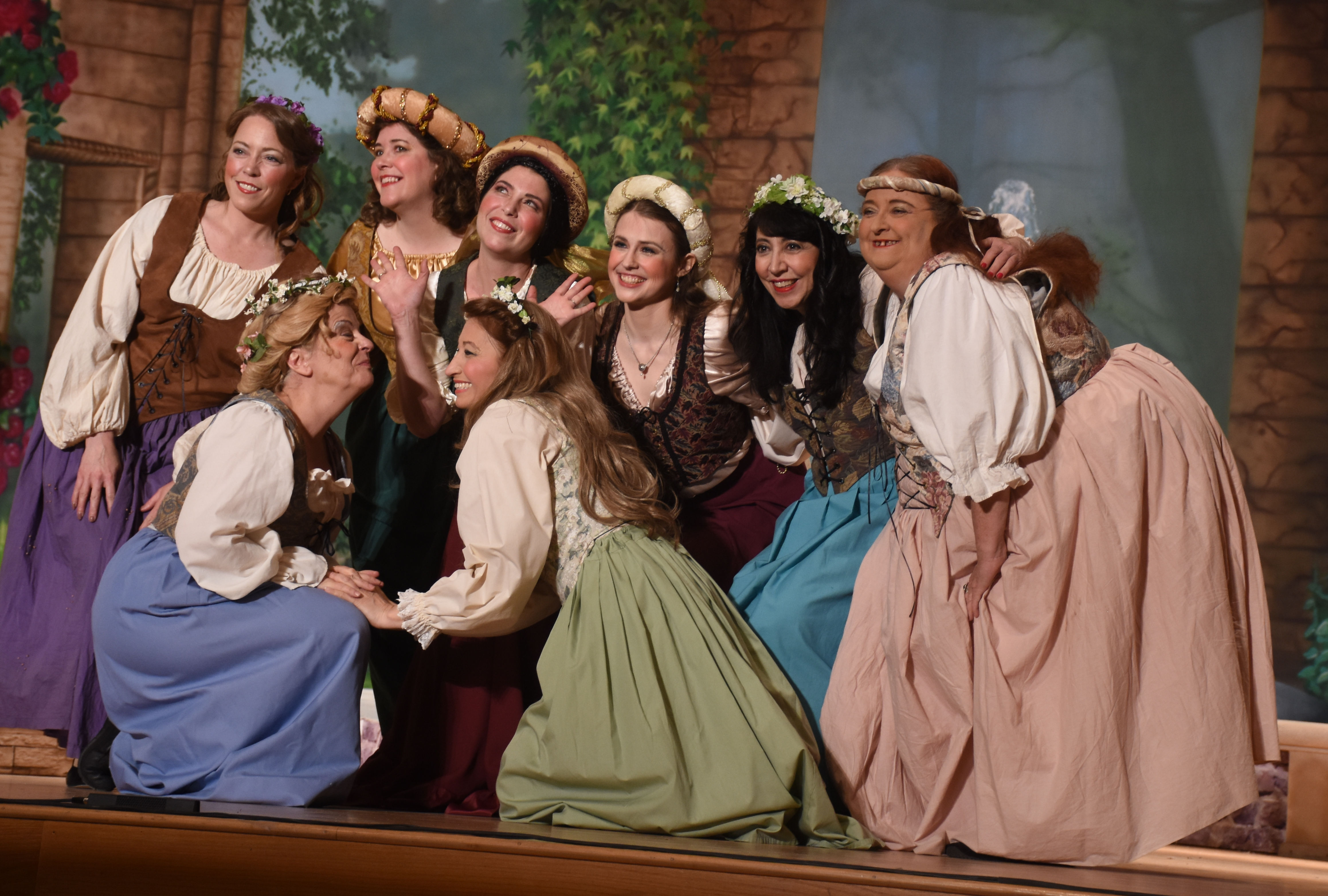 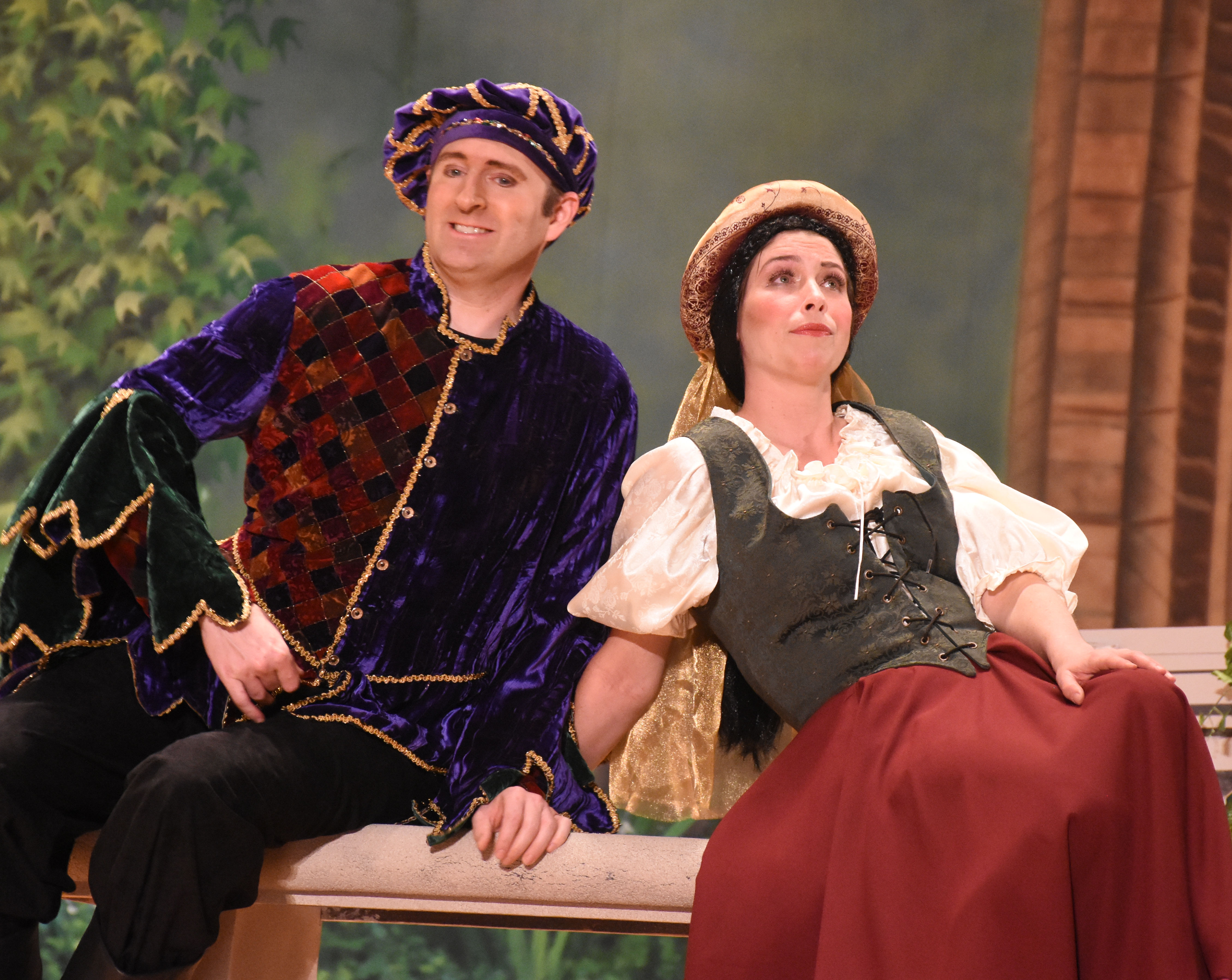 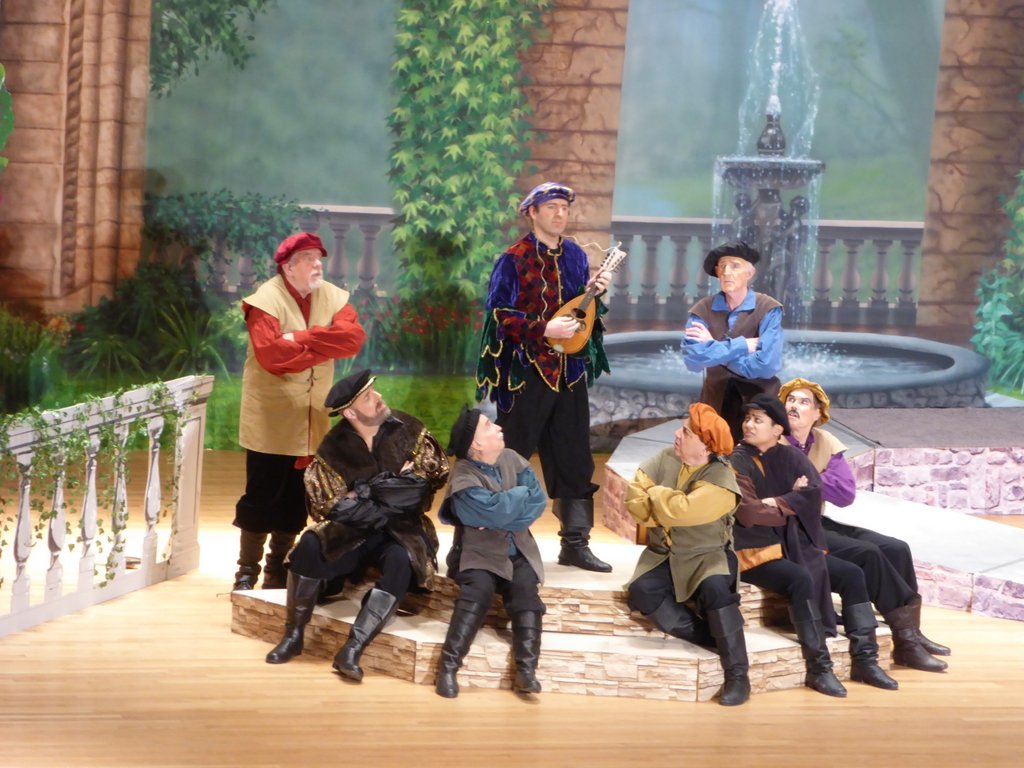 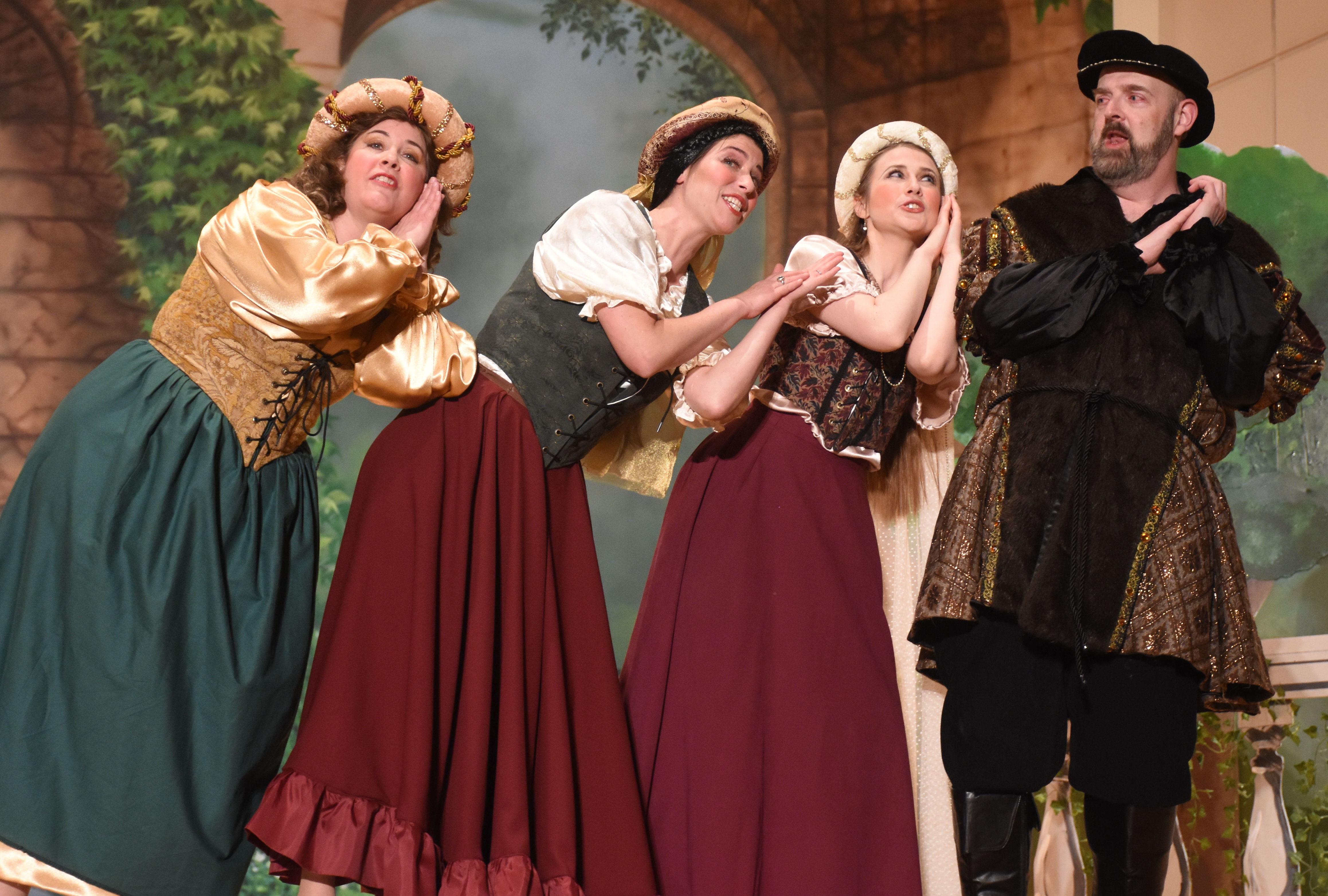 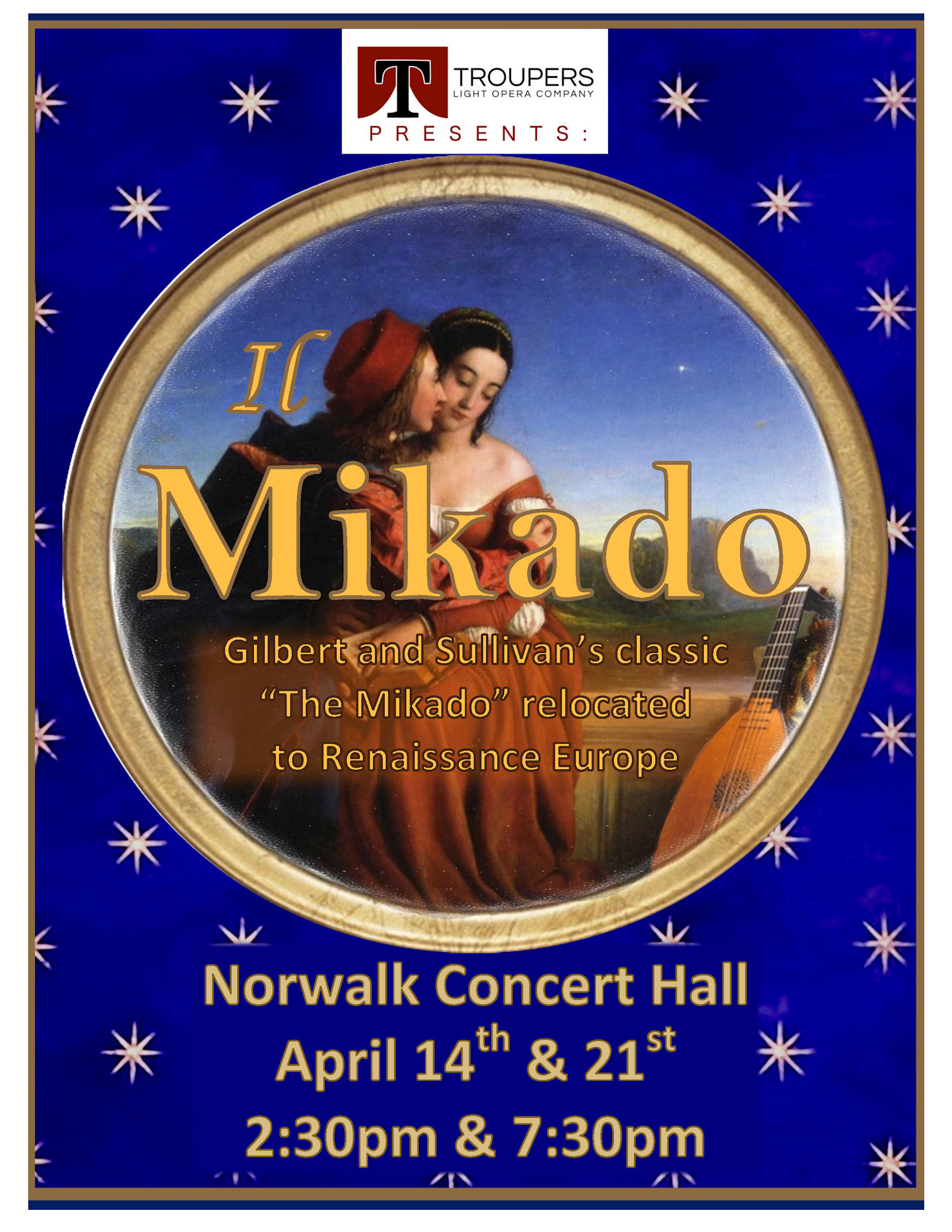 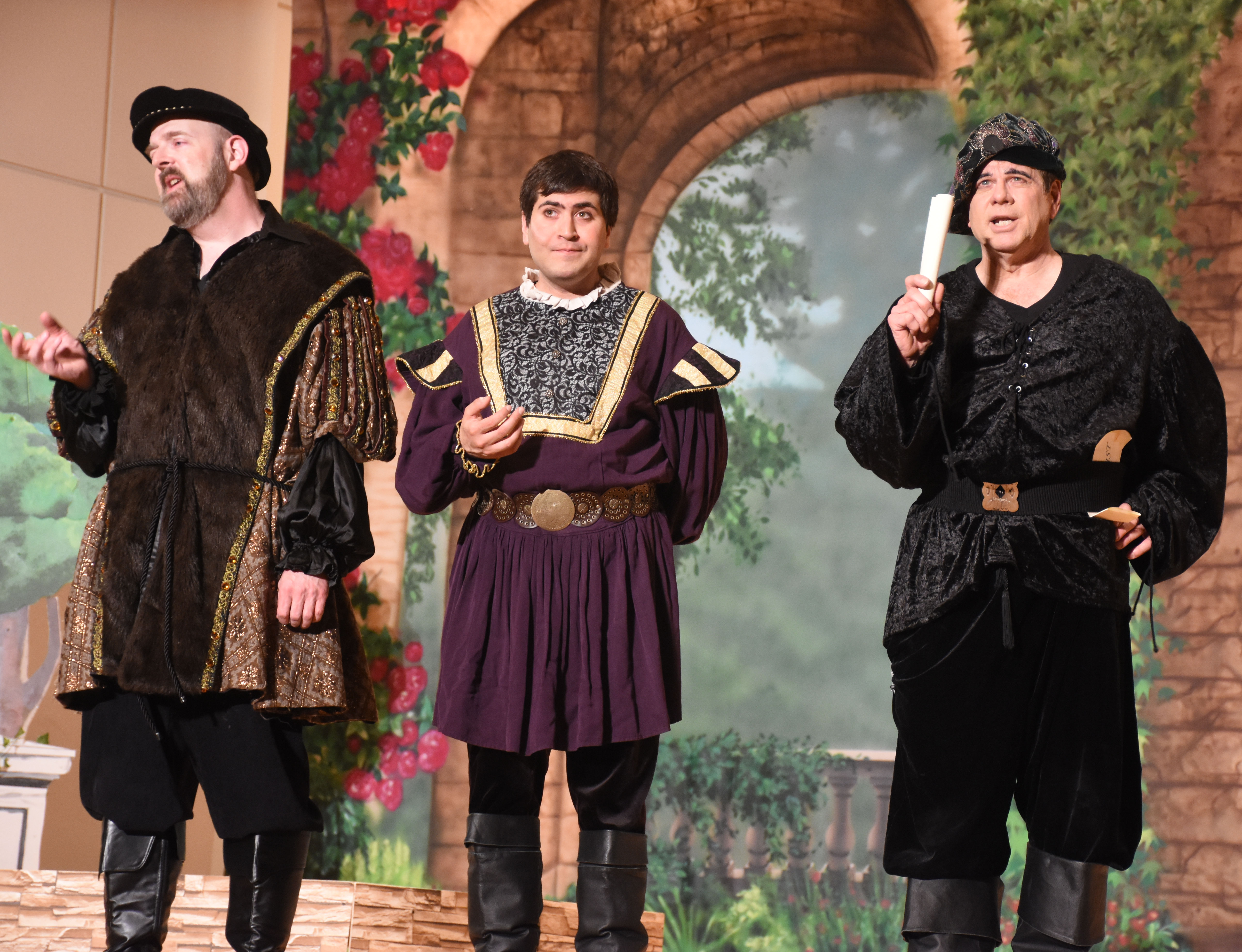 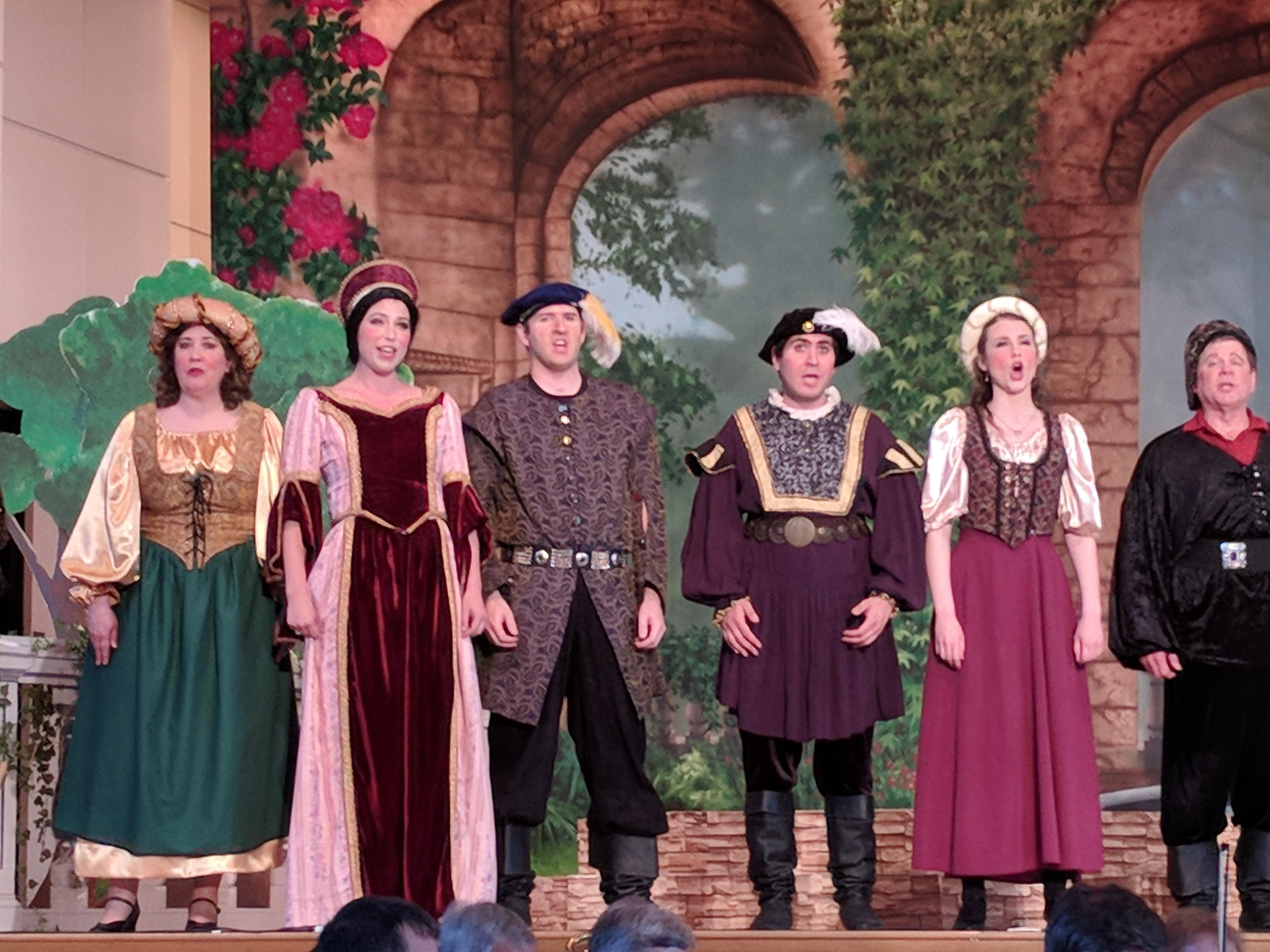 As in H.M.S. Pinafore last season, the cast here is particularly strong. David Richy, as Niccolù, and Brett Kroeger, as Amiam, effortlessly fill the hall with their ebullient sound. Richy’s voice is more evenly placed over his vocal range, giving it a fine sheen; once again Kroeger is totally and delightfully square into the G & S style, both vocally and dramatically, radiant as the sun and moon she sings about. Under the direction of Keith Miller, each creates a believable character, but they also partner well with each other through the many tests their relationship must endure over the course of the opera.

Troupers Light Opera bowed to political correctness and presented the Lamplighters Music Theater of San Francisco’s version of Mikado transplanted to Milan, Italy with four performances on April 14 and 21 at the Norwalk Concert Hall in Norwalk, CT.   The result was a first-rate production with a super cast and orchestra, a beautiful set and lovely renaissance themed costumes.   If you can relate the Italianized names to the familiar characters, the principal roles were portrayed thus:  Niccolo: David Richy; Coco: Frank Sisson; Pooba: Chris Hetherington; Piccia Tuccia: Alan Briones;  Amiam: Brett Kroger; Pizzi: Wendy Falconer; Pippa: Jennifer Wallace; Catiscia: Sara Knott; and the not quite title role of Il Ducato: David Schancupp.  The cast was uniformly excellent, and it is almost unfair to single out any particular cast members for special praise, but four in particular are worth a special mention.  Ms. Kroger has a stunning soprano voice and great stage presence, and her rendition of “The Sun Whose Rays” was lovely.  She was ably matched by Mr. Richy, who did a wonderful job on “A Wandering Minstrel  I”.  Frank Sisson was a flawless and entertaining Coco, and Ms. Knott blew me away in the part of Catiscia.  She was a powerful and intimidating figure on stage, and had great heft to her contralto voice, especially strong in the lower range.   The chorus consisted of about 6 each of women and men.  Each was able to get their own write up and picture in the program for a change.  They were strengthened by the participation of principals in most of the chorus numbers, the three little maids joining in “Comes A Train of Little Ladies” and most of the principal men participating in the opening chorus “If You Want to Know Who We Are”.  This last was the only number I had trouble with, as the lyrics were completely changed, and try as I might, I honestly could not tell what they were singing, other than the opening line (“We are gentleman of Milan”).  The only other lyrics that were completely rewritten were all three verses of Coco’s Little List song, but he was able to annunciate clearly enough so that those could be understood (mainly a catalogue of great figures in the art world).  Also  the Mi-a-sama chorus was done to the text of “Oh Fortuna” from Orff’s Carmina Burana.

Accompaniment was provided by an excellent 25 piece orchestra under the baton of a very animated Eric Kramer who had to acrobatically clamber over a row of seating to get in and out of the very restricted pit space, providing a little extra bit of humor to the proceedings.  The original Sullivan scoring was used, with the notable exception – very odd considering what the show is – of a second trombone!  Be that as it may, Maestro Kramer did an admirable job of bringing out the details of scoring, especially some of the wind details – most notably in “The Criminal Cried”.   Stage direction was done by Kevin Miller.  Since no choreographer was listed in the program, I must assume that this was under his direction as well.  Movements were simple and on the whole well done, and the dialogues were deftly delivered.  As mentioned before, the Italianate one set scenery designed by Carl Mezoff and costumes by Pat Hurd were very colorful.  David Schancupp’s costume as Il Ducato was especially gorgeous.  Lighting design by Arnold Feintuck was also most satisfactory.  The Norwalk Concert Hall has excellent acoustics and orchestra/stage balance was admirable.  All in all, this was an exceptionally enjoyable and well-done presentation.  I only hope no Italians were offended.